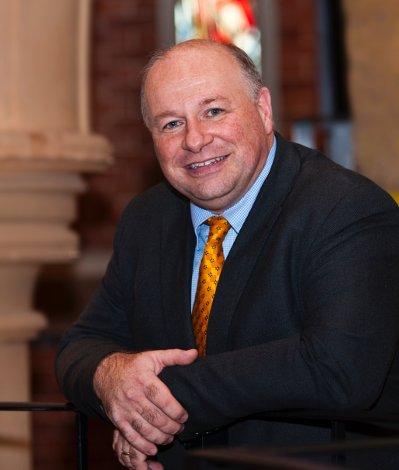 Philip Scriven is widely regarded as one of the finest organists of his generation, and is highly respected as a choral, orchestral and operatic conductor. He is currently Organist-in-Residence at Cranleigh School, co-founder and Principal Conductor of the Darwin Ensemble Chamber Orchestra, and Assistant Conductor and Accompanist of the world-renowned Bach Choir, combining these posts with a freelance recital career which takes him all over the world.

He has made numerous recordings, and his two latest CDs of jazz-inspired organ music and a transcription of Holst’s “The Planets” are soon to be released. His CD “Piping Hot” was praised in “Gramophone” magazine for “the outstanding quality of his playing … good-humoured and sparkling … a joy to listen to”, and he recently performed transcriptions of Tchaikovsky's 4th Symphony and Stravinsky's "The Rite of Spring" as part of the Grand Organ Festival in Westminster Cathedral.

Philip has worked at Westminster Abbey, St. George’s Chapel Windsor Castle, St. John’s College Cambridge and Winchester Cathedral, and from 2002-10 was Organist and Master of the Choristers at Lichfield Cathedral, where he was also the Musical Director of the Lichfield Cathedral Chorus