Philip Scriven is Organist-in-Residence at Cranleigh School, Principal Conductor of the Darwin Ensemble Chamber Orchestra, and Assistant Conductor and Accompanist of the world-renowned Bach Choir. He combines these posts with a freelance recital career, which takes him around the world. He is widely regarded as one of the finest organists of his generation, and highly respected as a choral, orchestral and operatic conductor. 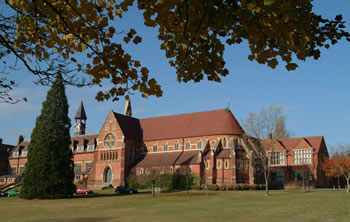 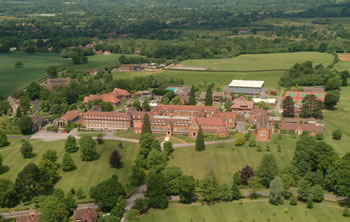 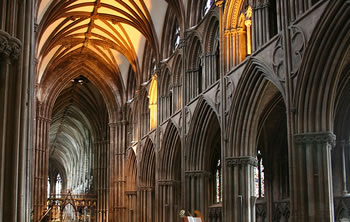 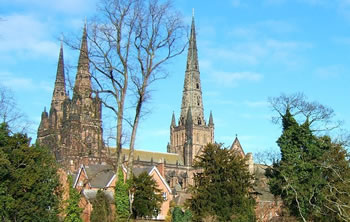 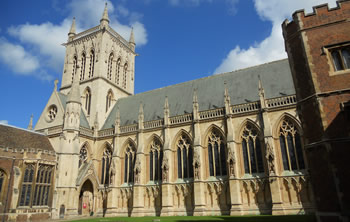 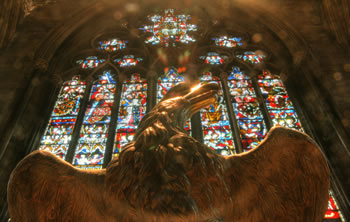 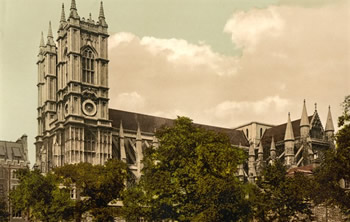 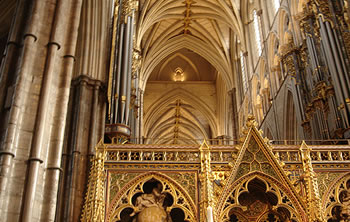 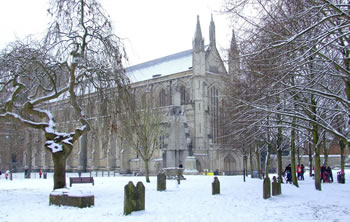 Born in Somerset in 1970, Philip received his early musical training as a chorister at Westminster Abbey, and a Music Scholar at Charterhouse. He went on to study at the Royal Academy of Music, Cambridge University, the Vienna Musikhochschule and the Juilliard School in New York, and his teachers have included Dame Gillian Weir, Peter Hurford, Nicholas Kynaston and Michael Radulescu. As an organist, he has held positions at St. George’s Windsor, St. John’s College Cambridge, Westminster Abbey, Winchester Cathedral and Lichfield Cathedral, where he was Director of Music (2002-2010). He regularly plays with orchestras such as Ex Cathedra, Florilegium and the Royal Philharmonic Orchestra, and has performed with the London Mozart Players and the Orchestra of the Age of Enlightenment. He has also appeared as soloist with the Philharmonia Orchestra, the Bournemouth Symphony Orchestra, the Russian Philharmonic Orchestra, and together in duo with the celebrated trumpeter Crispian Steele-Perkins. He has also conducted the Philharmonia Orchestra in concert.

His talent as a performer and an accompanist has been recognised by numerous awards at the Royal Academy of Music and the Royal College of Organists, most notably as the RCO “Performer of the Year” in 1995. He has performed in many of the major Cathedrals and concert halls throughout the UK, and regular foreign tours have taken him to France, Germany, Holland, Belgium, Austria, Poland, Norway, Sweden, Singapore, Hong Kong, Australia, New Zealand, Canada and, most frequently of all, America. He is one of the few organists to have performed as a soloist in Carnegie Hall. In addition to his work at Cranleigh, he teaches privately, is the lead tutor at the annual Lyme Regis Organ School, and is also Adjunct Professor of Organ and Conducting at the Hong Kong Institute of Music Plus. He has twice performed the complete organ works of J.S.Bach (once in Winchester Cathedral within the space of 24 hours, and the other as a 26-recital series at Cranleigh School), and has transcribed a number of works by Brahms, Warlock and Bernstein for the instrument. He has made a number of solo CDs, each of which has been received with wide critical acclaim – his CD “Piping Hot” was praised in The Gramophone for “the outstanding quality of his playing...good-humoured and sparkling...a joy to listen to”. Recent recordings include CDs of jazz-inspired music for organ, the inaugural recording of the new organ at Lyme Regis, and a transcription of Holst’s “The Planets”. He has also been featured regularly on Radio 2’s “The Organist Entertains.”

As a repetiteur, he has worked for English National Opera and Welsh National Opera, and has also conducted productions for Cambridge University Opera and for Pimlico Opera (“The Beggars Opera” in Winchester Prison in 2002). He was Assistant Conductor for Barroco na Bahia in Brazil (Hansel and Gretel), and also for the Glyndebourne Festival in 2002 (The Marriage of Figaro), and has conducted the Waynflete Singers and the Lichfield Cathedral Chorus (Musical Director, 2002-2010). He has also worked with the New York Youth Symphony Orchestra and the Bournemouth Symphony Orchestra, and is co-founder and Principal Conductor of the Darwin Ensemble Chamber Orchestra.